Why Would You Take Your RMDs Sooner?

Is it time for you to begin taking required minimum distributions (RMDs) from your retirement plans? The rules for 401(k)s, other employer-sponsored plans, and traditional IRAs generally call for these payments to start after you reach age 70½ and to continue each year. But you don't actually have to begin RMDs until the "required beginning date" (RBD) of April 1 of the year after you turn 70½.

Nevertheless, you might bypass this respite. Why would you do that? Because you still must take another RMD later that year. Thus, you would be doubling up on payouts and have to pay more tax.


Although your savings in 401(k)s and traditional IRAs grow without being taxed along the way, you eventually must start receiving RMDs, taking one each year by December 31. These RMDs generally are taxed at ordinary income tax rates. 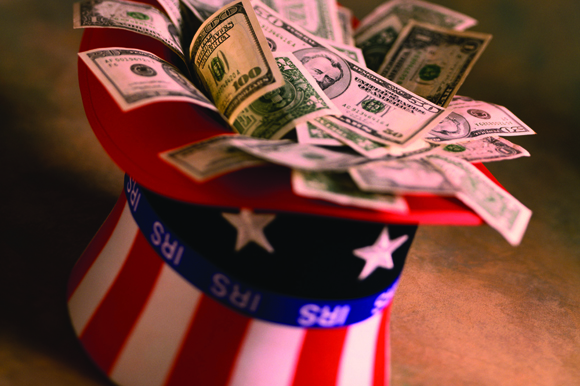 If you're still working and don't own the company you work for, you may be able to postpone withdrawals from an employer-sponsored plan with that company until you retire. But this exception doesn't apply to traditional IRAs.

The amount of the RMD is based on IRS life expectancy tables and the value of your accounts on the final day of the previous tax year. Your financial advisers or the financial company holding your account can provide assistance in computing the amount.


The penalty for failing to take an RMD is equal to 50% of the amount that should have been withdrawn (or the difference between the required amount and any smaller amount you did withdraw). For example, if you're required to take $20,000 and you're in the 28% tax bracket, the penalty for failing to withdraw is $10,000, plus you'll owe $5,600 in federal income tax on the distribution.

Furthermore, doubling up on RMDs increases the possibility you'll have to pay the federal surtax on "net investment income," and it could hike your state income tax liability as well.

As you approach your RBD, consider your options. In many cases, you'll be better off taking your first RMD in the year in which you turn age 70½, rather than the following year.